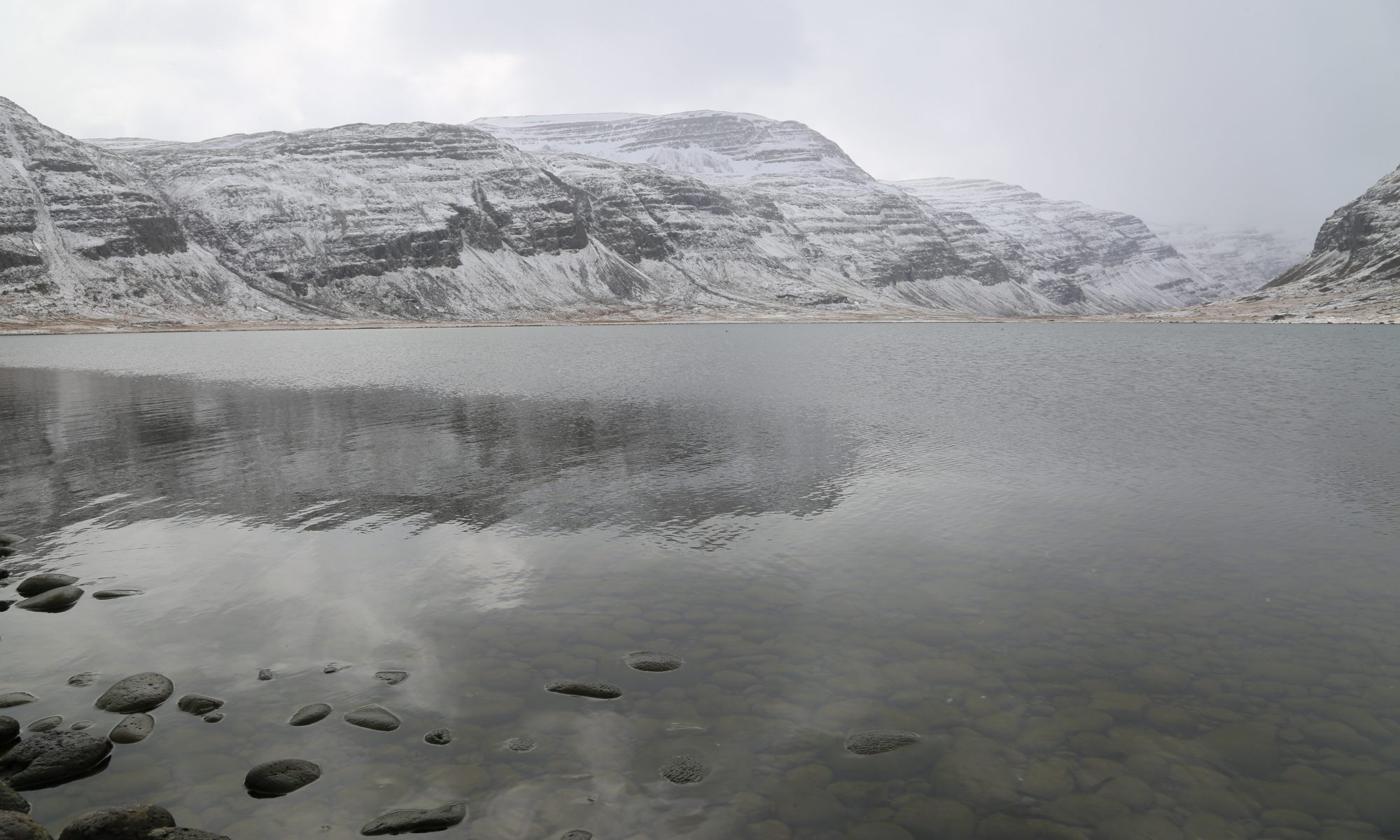 Bryndís Snæbjörnsdóttir and Mark Wilson are a collaborative art partnership. Their interdisciplinary art practice is research-based and socially-engaged, exploring issues of history, culture and environment in relation to both humans and non-human species. Working very often in close consultation with experts and amateurs in the field, their work tests cultural constructs and tropes, and human behaviour in respect of ecologies, extinction, conservation and the environment. Underpinning much of their practice are issues of psychological and physical displacement and realignment in respect of land and environment and the effect of these positions on cultural perspectives. Their artworks have been exhibited throughout the UK and internationally. They are frequent speakers at international conferences on issues related to their practice. Their works have been widely discussed in texts across many disciplinary fields and regularly cited as contributive to knowledge in the expanded field of research-based art practice. They conduct their collaborative practice from bases in Iceland and the north of England. For more information on Snæbjörnsdóttir/Wilson’s practice please go to: www.snaebjornsdottirwilson.com.
Mark Wilson (PhD) is Professor in Fine Art at the Institute of the Arts, University of Cumbria, UK. Bryndís Snæbjörnsdóttir (PhD) is Professor of Fine Art at the Icelandic University of the Arts, Reykjavík

Kristinn Schram is an associate professor of Folkloristics/Ethnology at the University of Iceland. His field of study includes oral narrative, food and festival, ironic performances and media representations in a variety of cultural spaces such as Arctic shores and city streets. He lectures on the dynamics of national and cultural identity, tradition, folk narrative and urban folklore. Among current research topics are the exoticism of the north, transnational performances of the ‘West-Nordic region’ and sociocultural aspects of climate change and mobility in the North Atlantic. He participates in the research project ‘Visitations: Polar bears out of place’ with regard to human/non-human relations in the context of climate change and environmental behaviour- historic, current and future.

Æsa Sigurjónsdóttir is Associate Professor in Art History, Art Theory, and Curatorial Studies at the University of Iceland and a free-lance curator. Her research has been focused on contemporary art, art historiography, the history and theory of photography, visual culture and curatorial studies – and she has written extensively on these subjects. As curator, she has curated a number of exhibitions in Icelandic and European museums and galleries, such as National Gallery of Iceland; Reykjavík Art Museum; Reykjavík Art Festival; Bozar, Brussels; Riga European Capital of Culture; Curated by_ Vienna; FNAGP, France. She is the curator of the exhibition Visitations: Polar Bears out of Place, to be organised in Akureyri Art Museum, 2021. Photo credit: Anton Brink.

María Dalberg is a contemporary artist. She holds a Masters degree from Iceland University of the Arts in Fine Arts, and she studied History at University of Iceland. She has produced works in various media, including text, performance and film photography, but she is best known for her video art installations. For her subject matter, she explores different societies and/ or relationships between humans and nature. In her practice, she uses old artefacts and archival work, collects historical accounts, writes fictional and non-fictional stories and makes use of her own autobiographical text and field recordings. She is interested in different technologies, and for each piece of work she develops methods to manipulate sound and video images. María has exhibited her work in various places. She held a solo show at Reykjavík Art Museum (2018), performed at Cycle Music and Art Festival (2018) and exhibited her work at the 5th Moscow Biennale for young art (2016). Her next show will be in Tallinn Art Hall (2020). For more information on María’s practice please go to: www.mariadalberg.com.

Katla Kjartansdóttir is a PhD student within the department of ethnology/folklore and museum studies at the University of Iceland. Her focus is on museums and the mobility of people, objects and ideas across national borders. She has engaged in research on diverse aspects of human/animal relations with a particular focus on the Atlantic puffin and the great auk (the extinct bird) as tourist souvenirs, museum objects and symbols of the North. Her recent publications include “Puffin Love: Performing and Creating Arctic Landscapes in Iceland through Souvenirs” (Tourist Studies, 2017 – with Katrín Anna Lund and Kristín Loftsdóttir), “Fólk og safngripir á ferð og flugi” (Saga, 2019) and “The changing symbolic meaning of the extinct great auk and its afterlife as a museum object at the Natural History Museum of Denmark” (Nordisk Museologi, 2019). Katla has participated in various interdisciplinary projects and exhibitions including “Objects in Mind” at Jónshús in Copenhagen and the Nordic House in Reykjavík and “The Arctic – While the Ice is Melting” at Nordiska Museet in Stockholm. Katla is a co-editor of a themed issue of the journal Ritið on human/animal relations, to be published in April 2020. She is also the main coordinator of a new course on human/animal relations hosted by the department of ethnology/folklore and museum studies at the University of Iceland in collaboration with the University of the Arts in Iceland.

Alice graduated with an MA in Folkloristics/Ethnology from the University of Iceland in the autumn of 2019. She plans to study for a PhD with the department from January 2020 on the topic of landscape and perceptions of the other in Icelandic legends and wondertales from 1700 to 1950, supervised by Kristinn Schram. In her MA thesis she explored the development of dwarf legends in Iceland from the pre-Christian era to the present day. She worked alongside her MA studies as an assistant researcher within the Folklore strand of the multi-disciplinary project Disability Before Disability. Her main areas of interest are folk narrative studies, medieval literature, pre-Christian religion and urban legends.

Julie Decker, PhD, is the Director/CEO of the Anchorage Museum in Alaska, which is a leading center for scholarship, engagement, and investigation of Alaska and the North. Decker’s career has been focused on the people and environment of Northern places and building projects and initiatives that are in service to local and global communities. Before becoming Director/CEO, Decker served as the Museum’s Chief Curator. She has a doctorate in art history, a master’s degree in arts administration, and bachelor degrees in visual design and journalism. She has curated and designed numerous exhibitions, taught classes, and authored and edited numerous publications on subjects ranging from contemporary art and architecture of the North, to many aspects of the Arctic environment and histories.

Craig Perham is a wildlife biologist with the U.S. Bureau of Ocean Energy Management (BOEM) in Alaska, where he specializes in analyzing potential human impacts to Arctic marine mammals. Prior to his work at BOEM, he was a senior staff biologist with the U.S. Fish and Wildlife Service (USFWS) and managed their Marine Mammal Protection Act regulatory program. At the USFWS, his main emphasis was managing industry impacts to polar bears and Pacific walruses as well as working to understand and reduce human-polar bear conflicts. For example, he developed mitigation measures to minimize impacts to polar bears from industrial activities. He is currently assisting the U.S. Department of Interior with marine mammal management and policy issues on Arctic projects in Alaska.

Aaron was born in Anchorage, Alaska of Dena’ina Athabascan heritage, the indigenous people of the area, and currently serves as the Chief of his tribe. He works as the Curator of Alaska History and Culture at the Anchorage Museum. He also serves as an advisor to the Smithsonian’s Arctic Studies Center and is a member of the board of directors for the Cook Inlet Historical Society and the Alaska Historical Society. In his career, Aaron has played a vital role in indigenous curation in Alaska. He was instrumental in bringing the first exhibition of the Dena’ina Athabascan people, “Dena’inaq’ Huch’ulyeshi: the Dena’ina Way of Living”, to the Anchorage Museum in 2013. Building on knowledge obtained from his grandmother and after earning a degree in anthropology from the University of Alaska Anchorage, Leggett set out to change the historical narrative. He has authored numerous scholarly articles and co-authored publications about the Dena’ina language and people. In 2014, Aaron was recognized by CIRI as its Shareholder of the Year and was also awarded the Cultural Bearer of Year by the Alaska Federation of Natives and by the State of Alaska for the Governor’s distinguished service to the humanities.

Hlynur Hallsson is an artist and has worked as the director of Akureyri Art Museum since 2014. Hlynur sat on the board of Icelandic Art Center 2007-2010 and 2014-2018. He has also sat on the board of The Public Buildings Art Fund and was the chairman of The Association of Icelandic Artists 2009-2010 and the chairman of Myndlistarfélagið 2008-2009. Hlynur has worked as a self-employed exhibition director and has put up exhibitions at The Living Art Museum in Reykjavík, Kuckei+Kuckei in Berlin, Villa Manimo in Hannover, Kunstverein in Hannover and at the Chinati Foundation in Marfa, Texas. As the director of Akureyri Art Museum, he has directed a number of exhibitions with artists such as Joan Jonas, Hrafnhildur Arnardóttir/Shoplifer, Ásdís Sif Gunnarsdóttir, Sigurður Árni Sigurðsson, Aðalheiður Eysteinsdóttir and Arna Valsdóttir in addition to many collaborative exhibitions. He was among the artists who founded Verksmiðjan, a centre for contemporary art in Hjalteyri, in 2008. Hlynur has also published the journal Blatt blað since 1994. Hlynur has taught at Akureyri School of Visual Arts, Iceland University of the Arts and the University of Akureyri. Hlynur has exhibited his own work at more than 70 private exhibitions and taken part in over 90 collaborative exhibitions since he completed his MA in Fine Art in 1997. For more information, please visit: hlynur.is og kuckei-kuckei.de

Jón Jónsson is a folklorist and project manager at the University of Iceland’s Research Centre in Strandir, which is located in the Westfjords of Iceland, and focuses on folklore research. University of Iceland’s Research Centres are located in rural areas throughout the country and provide a venue for collaboration with local authorities, institutions, businesses and individuals. Jónsson’s field of study is applied and public folklore and scholarly collaboration with tourism, museums and artists. He has also studied diaries and daily life in Iceland in the 19th and 20th centuries and recently published a book on beggars and vagabonds in Iceland’s old rural society. Jónsson participates in the research project ‘Visitations: Polar bears out of place’, with an emphasis on legends and folk belief in connection with polar bear encounters in Iceland.